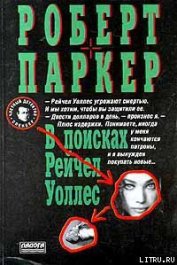 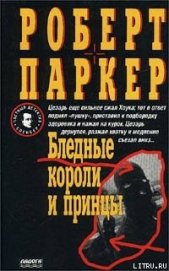 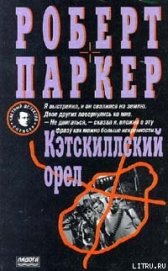 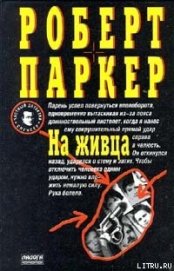 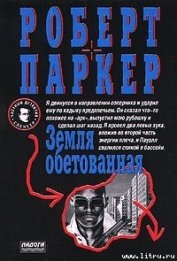 Wyatt Earp, Billy the Kid, Doc Holliday, Tombstone, the O.K. Corral--the icons are so firmly embedded in American history that we might know nothing more about them than their names. But in this spare, moody riff on the events leading to the 1881 shootout at the O.K. Corral--the signature battle defining the violence of the Old West--Robert B. Parker shades the black-and-white starkness with shifting tones of gray. Parker moves beyond the Hollywood version of the shootout to explore the tangle of family loyalties, dirty politics, and passion that embroiled Wyatt Earp before and after his encounter with the Clanton gang. In Parker's version, the longstanding rivalry between the Earps and the cowboys may stem from cultural difference (the Clantons were ranchers who held Confederate sympathies during the Civil War; the Earps were townsfolk who had Union loyalties), and it may be exacerbated by alcohol, machismo, and fiery accusations from both sides. But the spark that leads to the final conflagration is simpler: Wyatt falls in love with Josie Marcus, Sheriff Johnny Behan's beautiful, self-assured companion.Parker's Wyatt Earp is, like his detective hero Spenser, by turns arrogant and humble, and Earp's firm-jawed struggles with honor, family, and love will feel familiar to fans of that long-running series. But the author has abandoned the series' relatively intricate plotting and its touches of goofy humor. The novel is a curious amalgamation of inexorably linear narrative and moments of static contemplation. It drifts like a tumbleweed through Tombstone, leaving two- and three-month gaps, pausing briefly to dip into moments of conflict and moments of peace.Gunman's Rhapsody is not a big, sprawling western. Hewing firmly to an understated minimalism, it seems at times to have sprung from a collaboration between Hemingway and a Quaker council. Who would have thought that such an unlikely combination could be so rewarding? --Kelly Flynn
Читать О книге

New York Times-bestselling author Robert B. Parker takes aim at the Old West with this brilliantly crafted follow-up to Resolution and Appaloosa, again featuring guns-for-hire Virgil Cole and Everett Hitch.When we last saw Virgil Cole and Everett Hitch, they had just put things to right in the rough-and-tumble Old West town of Resolution. It's now a year later, and Virgil has only one thing on his mind: Allie French, the woman who stole his heart from their days in Appaloosa. Even though Allie ran off with another man, Virgil is determined to find her, his deputy and partner Everett Hitch at his side. Making their way across New Mexico and Texas, the pair finally discover Allie in a small-town brothel. Her spirit crushed, Allie joins Everett and Virgil as they head north to start over in Brimstone. But things are not the same between Virgil and Allie; too much has happened, and Virgil can't face what Allie did to survive the year they were apart. Vowing to change, Allie thinks she has found redemption through the local church and its sanctimonious leader, Brother Percival. Given their reputations as guns for hire, Everett and Virgil are able to secure positions as the town's deputies. But Brother Percival stirs up trouble at the local saloons, and as the violence escalates into murder, the two struggle to keep the peace.As sharp and clear as the air over the high desert, Brimstone proves once again that Robert B. Parker is 'a force of nature' (The Boston Globe).
Читать О книге

The New York Times'"bestselling author's richly imagined work of historical fiction: a powerful tale of the Old West from the acknowledged master of crime fiction.I had an eight-gauge shotgun that I'd taken with me when I left Wells Fargo. It didn't take too long for things to develop. I sat in the tall lookout chair in the back of the saloon with the shotgun in my lap for two peaceful nights. On my third night it was different. I could almost smell trouble beginning to cook . . . .' After the bloody confrontation in Appaloosa, Everett Hitch heads into the afternoon sun and ends up in Resolution, an Old West town so new the dust has yet to settle. It's the kind of town that doesn't have much in the way of commerce, except for a handful of saloons and some houses of ill repute. Hitch takes a job as lookout at Amos Wolfson's Blackfoot Saloon and quickly establishes his position as protector of the ladies who work the backrooms - as well as a man unafraid to stand up to the enforcer sent down from the O'Malley copper mine.Though Hitch makes short work of hired gun Koy Wickman, tensions continue to mount, so that even the self-assured Hitch is relieved by the arrival in town of his friend Virgil Cole. When greedy mine owner Eamon O'Malley threatens the loose coalition of local ranchers and starts buying up Resolution's few businesses, Hitch and Cole find themselves in the middle of a makeshift war between O'Malley's men and the ranchers. In a place where law and order don't exist, Hitch and Cole must make their own, guided by their sense of duty, honor, and friendship.
Читать О книге

A richly imagined novel of the Old West, as spare and vivid as a high plains sunset, from one of the world's most talented performers. It was a long time ago, now, and there were many gunfights to follow, but I remember as well as I remember anything the first time I saw Virgil Cole shoot. Time slowed down for him. Always steady, and never fast... When it comes to writing, Robert B. Parker knows no boundaries. From the iconic Spenser detective series and the novels featuring Sunny Randall and Jesse Stone, to the groundbreaking historical novel Double Play, Parker's imagination has taken readers from Boston to Brooklyn and back again. In Appaloosa, fans are taken on another trip, to the untamed territories of the West during the 1800s. When Virgil Cole and Everett Hitch arrive in Appaloosa, they find a small, dusty town suffering at the hands of renegade rancher Randall Bragg, a man who has so little regard for the law that he has taken supplies, horses, and women for his own and left the city marshal and one of his deputies for dead. Cole and Hitch, itinerant lawmen, are used to cleaning up after opportunistic thieves, but in Bragg they find an unusually wily adversary-one who raises the stakes by playing not with the rules, but with emotions. This is Robert B. Parker at his storytelling best.
Читать О книге
×