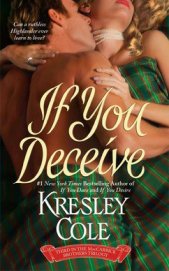 Can a ruthless Highlander ever learn to love … ? Burning vengeance … Ethan MacCarrick was a heartbreakingly handsome rake until a powerful nobleman ordered him brutally beaten and his face scarred for a crime he didn’t commit. Ethan’s reprisal—bankrupting the nobleman and forcing his exile—does little to appease his wrath. Ten years later, a haughty, mysterious beauty enchants Ethan—the daughter of his enemy. At last, Ethan will have the revenge he’s craved; he’ll promise her marriage, seduce her, then cast her aside. Bitter hardships … When Madeleine Van Rowen’s family was suddenly plunged into destitution and dishonor, she steeled herself against further heartache. She never weakened, never trusted, until a towering, scarred Highlander relentlessly pursues her, breaking down her defenses. At what price forgiveness? The passion between them burns hotter than Ethan’s fury, and soon he finds he can’t let her go. But when Madeleine uncovers the truth about him, can Ethan convince her to accept all he now offers—when he once destroyed everything she had?
Читать О книге 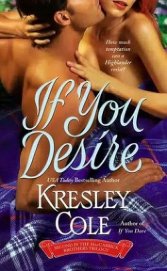 How much temptation can a Highlander resist?He tried to run … In his youth, Hugh MacCarrick foolishly fell in love with a beautiful English lass who delighted in teasing him with her flirtatious ways. Yet he knew he could never marry her because he was a second son with no prospects, shadowed by an accursed family legacy. To avoid temptation, Hugh left home and trained as an assassin. She tried to forget him … Jane Weyland was devastated when the Highlander she believed would marry her abandoned her instead. Years later, when Hugh MacCarrick is summoned to protect her from her father’s enemies, her heartache has turned to fury—but her desire for him has not waned. Will passion overwhelm them? In hiding, Jane torments Hugh with seductive play. He struggles to resist her because of deadly secrets that could endanger her further. But Hugh is no longer a gentle young man—and toying with the fever-pitched desires of a hardened warrior will either get Jane burned … or enflame a love that never died.
Читать О книге 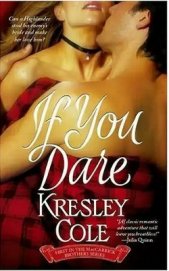 Can a Highlander steal his enemy's bride and make her love him? High in the Pyrenees, a band of mercenaries led by Courtland MacCarrick wages war for General Reynaldo Pascal. When Court turns on the brutal general, Pascal orders him killed. Court narrowly escapes and exacts revenge by kidnapping Pascal’s exquisite Castilian fiancee. Noble heiress Annalia Tristan Llorente despises her towering, barbaric captor almost as much as she does Pascal. Her inexplicable attraction to the Highlander only fuels her fury. Yet nothing will stop her from returning to Pascal—for if she doesn’t wed him, she signs her brother’s death warrant, as well as her own. From the moment Court discovers that Anna’s prim facade masks a fiery, brave lass, his heart’s ensnared and he dares to defy the curse that has shadowed his life—to walk with death or walk alone. But Pascal vows that he’ll hunt the two, never stopping until he’s destroyed them both. If they survive, can this hardened soldier of fortune convince the only woman he's ever loved that she's meant to be his?
Читать О книге
×